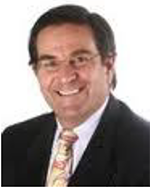 Michael Henderson is Founder and Chairman of MEDSCI International Healthcare - ETS, Founder and Chairman of the International Skills & Training Institute in Health (ISTIH), and past Vice Chairman of CSIRO’s national Digital Productivity and Services Flagship Advisory Committee. He has held numerous Ministerial advisory roles, both nationally and internationally and is acknowledged for his integrity and his strong sense of public duty. He is an Adjunct Professor in the Faculty of Medicine, Dentistry & Health Sciences, an Adjunct Professor in the Faculty of Law, Business & Information Technology, Murdoch University and the Ernst and Young Social Entrepreneur of the Year 2011.

In addition to being the Medical Director of ETS, Dr Aled Williams works as a specialist emergency physician at Peel Health Campus in Mandurah and is a Clinical Senior Lecturer at the University of Western Australia. He has held senior hospital administration positions including Director of Emergency Department and Director of Clinical services so has a good understanding of organizational structure and governance. He has worked in remote and austere environments, which has included two missions with the Red Cross in Afghanistan and Kenya. Special interests include remote and third world medicine and developing innovative care models for acute hospital patients. 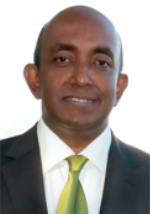 Prof Yogesan is the National Research Director of CSIRO’s Australian e-Health Research Centre and also the head of Australian Telemedicine Research and Development group in WA which is funded by the WA Health and CSIRO. He has developed e-Health and medical technologies from bench to bed and one of his inventions is used by NASA in the International Space Station. He invented a remote digital retinopathy device, which is being widely deployed to help identify diabetes and other early stage diseases. He is a Visiting Scholar to Harvard University and Professor at the School of Medicine at the University of Notre Dame. 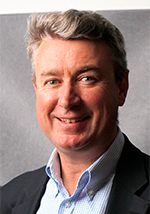 Ian is Chief Data Scientist for the NSW Government and has over 20 years’ experience in the ICT sector, leading organizations to deliver products and outcomes that have impacted hundreds of millions of people globally. He has held senior management roles in Europe and Australia as Director for Radio Access Performance at Nokia, Global Head of Sales Partnering (network software) at Nokia Siemens Networks, and then Divisional Chief and Flagship Director at CSIRO. Dr Oppermann is considered a thought leader in the area of the Digital Economy and is a regular speaker on “Big Data”, broadband enabled services and the impact of technology on society.